I have been really lazy updating this page over the last couple of years, but 2 pieces of exciting news for me:
The first is a new anthology that I edited #MeToo- rallying against sexual assault & harassment- a women’s poetry anthology published in March 2018 by Fair Acre Press 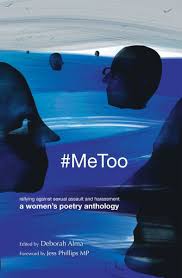 Wild Swimming at Whitemere as part of the Dip Shropshire days.

Setting up for Esme and James’ wedding in August! Lovely!

Emergency Poet was interviewed for the Spanish newspaper El Mundo!

‘The Minor Horrors of War’

Emergency Poet visited St Leonard’s Primary school in Bridgnorth on the 25th of June to take a Y4/5 class in groups of 6, to do a writing workshop as part of their work on The Great War.

The children looked at a book published in 1915 called The Minor Horrors of War which looks at the lice, fleas, rats and other creatures that shared the lives of the men in the trenches.  Then they wrote poems on postcards. Great day involving Freddy the rat and some wonderful writing and sharing.

and also for Monday’s Metro … She wishes that she had washed her hair!

Deborah was interviewed about the project on Beautiful Misbehaviour’s blog….

Surgery at The Free Word Centre for Arvon

Off to an early start this year with 2 indoor surgeries….the first was my second visit to The Lanchester Library at Coventry University where I was able to administer poetry to both staff and students. Lovely to work with Cameron Moon again! The second involved Jim and I driving down to London in heavy rain and heavy traffic, (Tube strike) to The Free Word Centre in the City, for Arvon’s House of Words event  to launch their 2014 programme. We were very proud to be part of the event with Arvon tutors Stella Duffy, Sathnam Sanghera, Jean Sprackland and Daljit Nagra reading from their work.